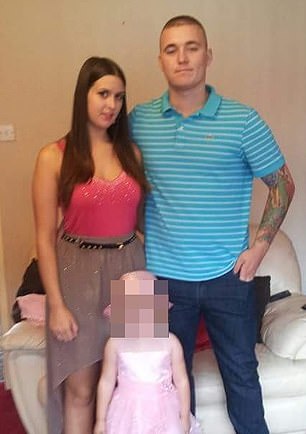 Janine and Shane Scott took Elissa to the Big Apple for five days without asking permission from St John’s Primary School in Stockton-on-Tees. Pictured: Undated photo of the couple with their daughter

A newlywed couple face prison for taking their seven-year-old daughter on a £3,000 trip to New York for their honeymoon during term time, because they refused to pay the £60 fine.

Janine and Shane Scott took Elissa to the Big Apple for five days without asking permission from the headteacher of St John the Baptist Church of England Primary School in Stockton-on-Tees, believing she would allow it under exceptional circumstances.

But they arrived back home to find £60 fines which they refused to pay on principle. The couple are due in Stockton Magistrates Court today where they could be forced to pay £2,500 each or even spend three months in prison.

Mrs Scott, 28, told The Mirror the trip was ‘educational’, with visits to the National History Museum, 9/11 Memorial and Wall Street.

‘This was a once-in-lifetime trip. I fully support regular attendance but it was our honeymoon,’ she added.

Mrs Scott was so upset by the incident that she quit her job as a mental health worker to become a full-time mother to Elissa, now aged eight, and one-year-old Roman.

Elissa had a 92.5% attendance record last year, with no absence taken since then. 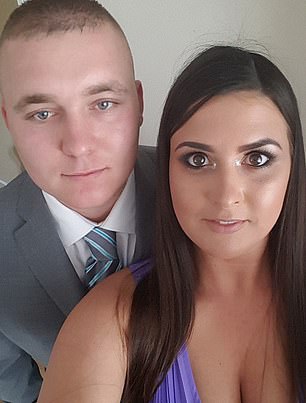 The couple (left) arrived back home to find £60 fines which they refused to pay on principle. Pictured on the right: Mr Scott with their two children. Both photos are undated

Her parents will plead not guilty to magistrates, but as taking a child out of school in term time is a strict liability offence they have no defence.

Strict liability means the defendant is responsible for their offence even in the absence of intent.

Mr Scott, a coach driver, called the situation ‘absolutely scandalous’, but the school insisted it had no choice but to ask the local council to issue a fine.

Parents who take their children out of school without the headteacher’s permission are liable for a £60 fine per parent per child.

A fine is usually given per parent, per child, but this is at the discretion of the local council.

This rises to £120 if you do not pay within 21 days, while non-payment after 28 days could lead to prosecution.

This may result in a fine of up to £2,500, a community order or a jail sentence up to 3 months. The court may also give a parenting order, forcing you to attend parenting classes.

Magistrates can also force parents to accept a supervisor to oversee their child’s school attendance. 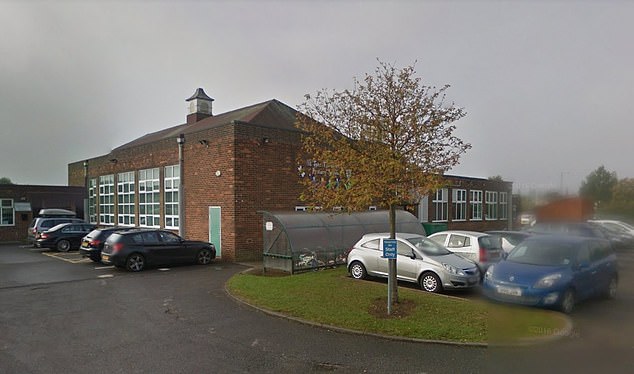 Kerry Coe, the headteacher St John the Baptist Church of England Primary School in Stockton-on-Tees, (pictured in an undated photo) said she had no choice but to request a fine be issued

Kerry Coe, head teacher at St John the Baptist C of E Primary School, said: ‘We expect good attendance from all of our pupils and always appreciate parental support in relation to this. The school’s policy is very clear in stating that we do not authorise holidays in term time unless there are exceptional circumstances.

‘What is particularly disappointing in this case is that the parents booked a holiday in term time without any prior discussion with the school, and then informed the school only after the holiday had already started.

‘We try to be fair to everybody and in our view, having drawn a very clear line that the vast majority of our parents respect, we were left with no choice but to request that a fixed penalty notice be issued when that line was crossed.’

What are the penalties for taking your child away from school?

You have to get permission from the head teacher if you want to take your child out of school during term time.

It’s up to the head teacher how many days your child can be away from school if leave is granted.

Local councils and schools can use various legal powers if your child is missing school without a good reason.

They can give you:

Prosecution could get a fine of up to £2,500, a community order or a jail sentence up to 3 months. The court also automatically gives you a Parenting Order.