A student union president who sparked fury when she threatened to paint over an historic war mural has resigned from her role.

Emily Dawes caused fury when she tweeted the Rothenstein Mural at Southampton University should be ‘taken down’ because it contained only white men, ‘even if I have to paint over it myself’.

The 21-year-old, whose family live in Virginia in the US, was put on leave until further notice after her incendiary tweets.

It was believed she was returning to the £20,000-plus role the day after Remembrance Sunday, but today she said it would be her last day in the job.

She said: ‘After careful consideration I’ve decided that it’s best if I step down from my role.

‘I sincerely apologise for the offence and disrespect caused by my earlier comments, which were misinformed. I acted impulsively and as such fully accept how careless and hurtful my words were.

‘I’ve had a wonderful time as President and am sad to be leaving. All my thanks go to everyone who has supported me throughout my Presidency, and I wish the team and the Union all the best.’ 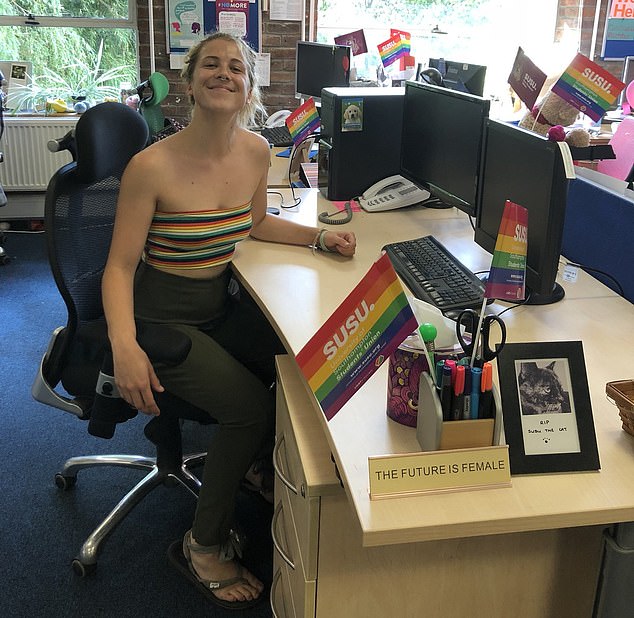 Emily Dawes, the student union president who tweeted that a war mural should be taken down or painted over, returned to work the day after Remembrance Sunday 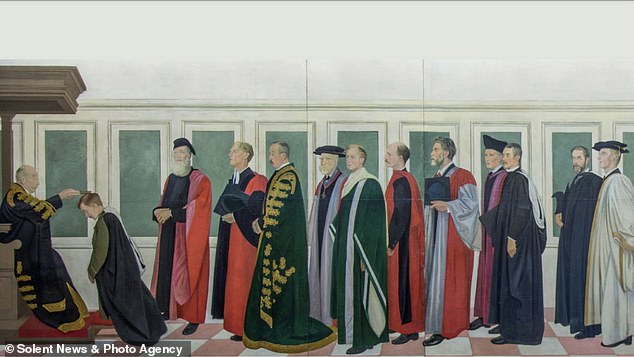 Her comments were aimed at this mural in the university’s Senate Room. It shows the awarding of a degree to an unknown soldier and was painted in memory of students and staff who died in the First World War 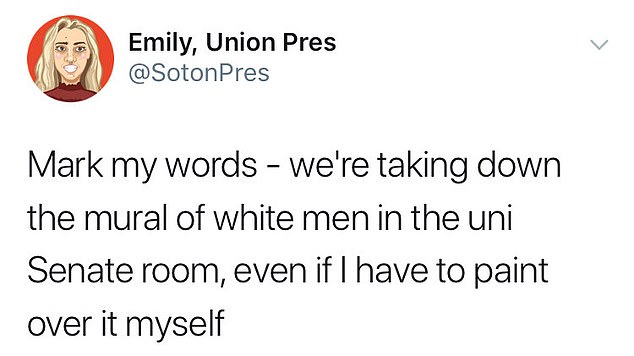 Dawes apologised after this tweet on October 24 led to her being criticised by students, staff and veterans 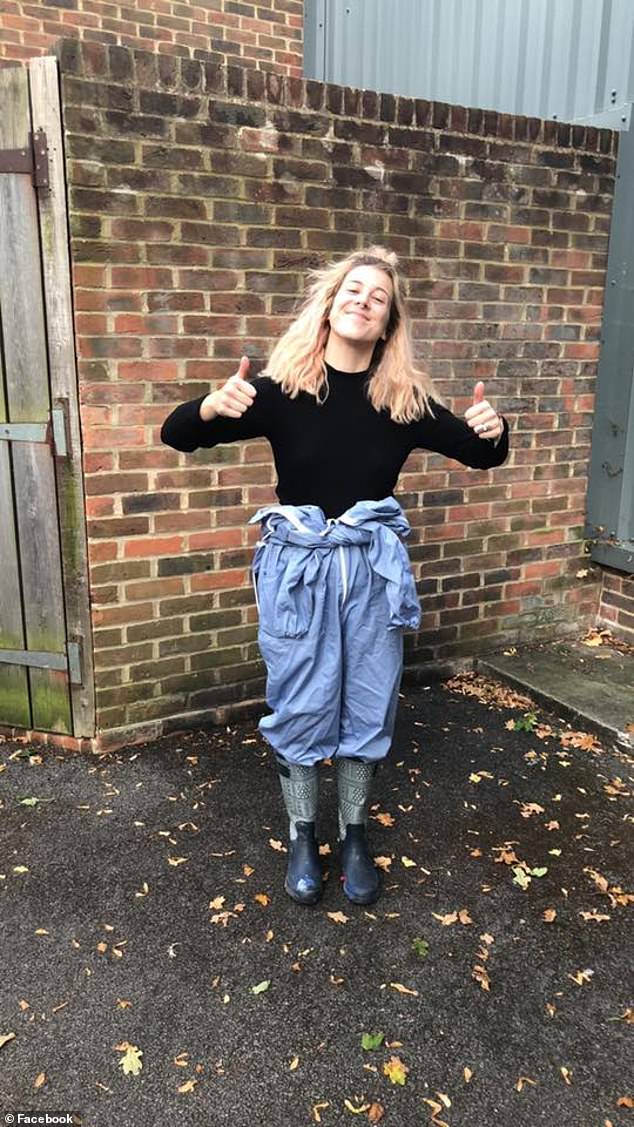 Miss Dawes has stepped down from her role. Both she and the Students’ Union have apologised for her comments after she was accused of abusing the free speech the soldiers fought and died to protect 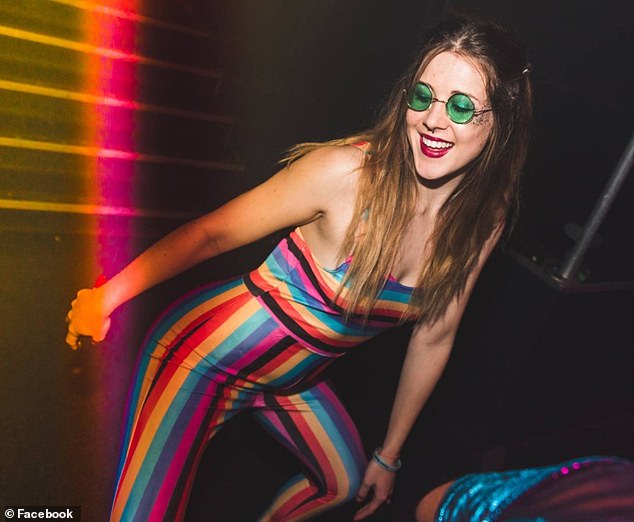 Emily Dawes, 21, said she was sorry for the offence she caused and that she was ‘impulsive’

The mural she complained about shows an unknown soldier receiving a degree and was painted in memory of students and teachers who did not return from the First World War.

Two petitions have been launched by students calling for Miss Dawes to resign, with one receiving over 21,000 signatures.

Third year history student Dan Lake, who started the change.org petition for Miss Dawes to step down from her position, said she needed to be held accountable for her tweet which was ‘not representative’ of students.

‘The university runs associations with naval squadrons and the armed forces, and people who study here have family that served.

‘It’s a mural for people who left university to fight and didn’t come back.’ 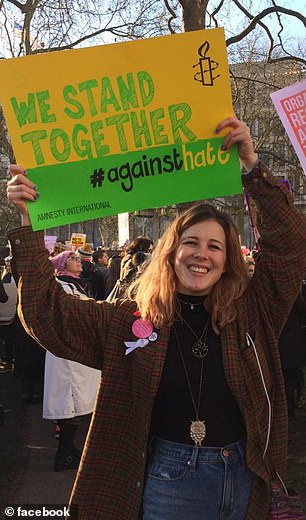 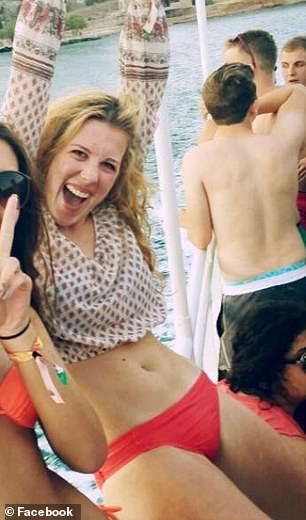 Activist Dawes has family in the US but came to Southampton, UK to study physics 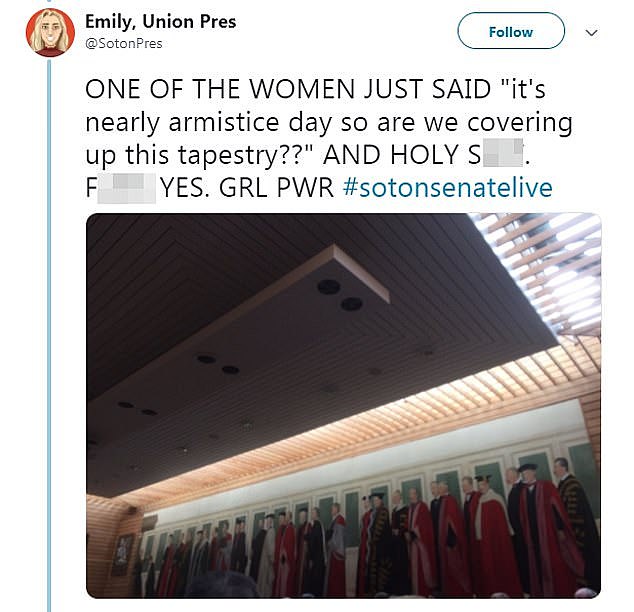 She tweeted a picture of the mural, saying ‘f*** yes’ the mural should be ‘covered up’

Mr Lake said the student union is hoping people ‘will just forget about it’.

He added: ‘Emily Dawes needs to be held accountable. I wasn’t expecting the petition to get loads of signatures – maybe a hundred, but it blew up and got shared everywhere.’

Today, members of the Student Union refused to comment on Miss Dawes’ return.

What is the Rothenstein Mural in Southampton?

The Rothenstein Mural was painted in 1916 by Sir William Rothenstein, former principal of the Royal College of Art.

It shows a procession of academics and the conferring of a degree on an ‘unknown soldier’ undergraduate by the then Chancellor of Cambridge University.

It was presented to the Southampton in 1959 by the artist’s son and features many noted academics from the time, including Vice-Chancellors and Chancellors, and the then-Poet Laureate Robert Bridges.

The mural was installed in the Senate Room in in 2014 as part of a commemoration of the centenary of the start of the war.

Dawes enjoyed a privileged education at the $6,500 (£6,000) a term Northwood College for Girls in north London.

She has take part in activism since graduating in from High School in the US three years ago, joining the SlutWalk rally in Washington DC in 2015, aimed to prevent violence against women, an hour’s drive from her family’s six- bedroom home.

After coming to Britain to study physics on the south coast, she took a year out of her studies to be Students’ Union president, where salaries for sabbatical officers start at $25,000 (£20,000).

But in the build up to Remembrance Sunday, she took aim at the Rothenstein Mural, which was painted in 1916 ‘as a memorial to members of the British universities serving in the Great War’.

‘It depicts an academic procession and the conferring of a degree on an unknown soldier,’ according to the university.

She tweeted: ‘Mark my words – we’re taking down the mural of white men in the uni Senate room, even if I have to paint over it myself.’

She had earlier tweeted a picture of the wall, with the expletive-ridden message: ‘ONE OF THE WOMEN JUST SAID ‘it’s nearly armistice day so are we covering up this tapestry??’ AND HOLY S***. F*** YES. GRL PWR #sotonsenatelive’. 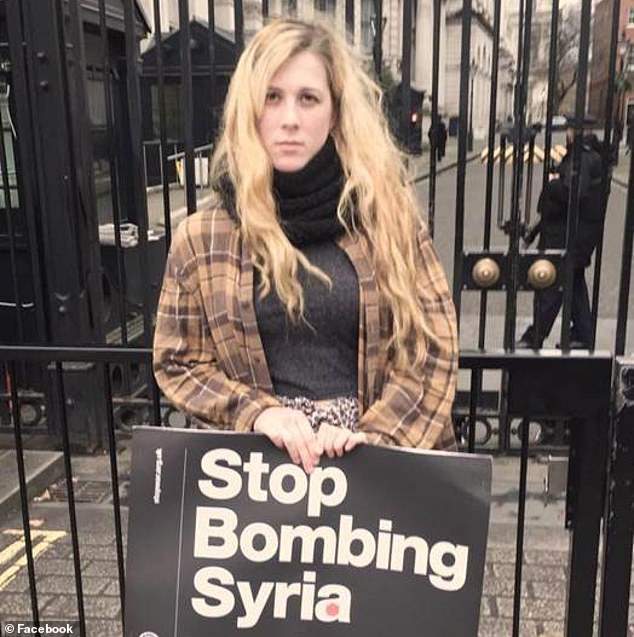 Dawes has styled herself as an activist, posting pictures online of her at a series of protests 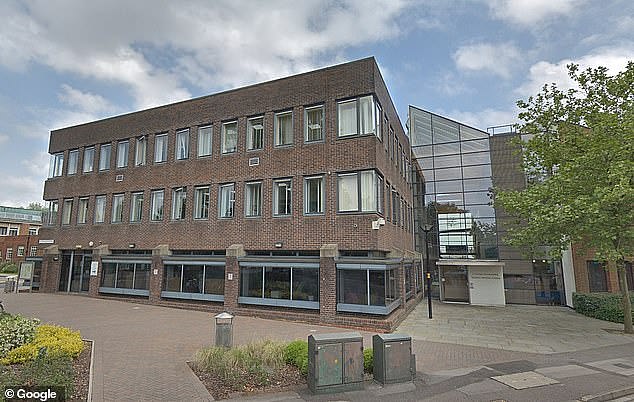 It was presented to the university by the son of its artist, Sir William Rothenstein, in 1959 and appears on the wall of the university’s senate room in this building on campus

After her comments were criticised by the student union, the university and armed forces veterans, Dawes apologised.

She released a statement saying: ‘Firstly, and most importantly, I would like to apologize for the offense and upset I have caused with what I have said.

‘I never meant to the disrespect to anyone past, present and future.

‘I had no intention of the tweet being taken literally, and upon reflection have realised how inappropriate it was.

‘My intention was to promote strong, female leadership and not the eradication and disrespect of history. I do not believe that to make progress in the future, we should look to raise the past.’

Universities caught up in ‘politically correct’ rows over the past

The row over the First World War mural is just the latest to hit Britain’s university campuses.

Oxford University has seen protests over its statue of Victorian mining magnate Cecil Rhodes, which some students believe is racist due to Rhodes’s links to the slave trade.

In July, students painted over Rudyard Kipling’s popular ‘If’ poem after it was put up to inspire those attending Manchester University.

Activists said writer Kipling was racist and replaced his work with ‘Still I Rise’ by American poet Maya Angelou. 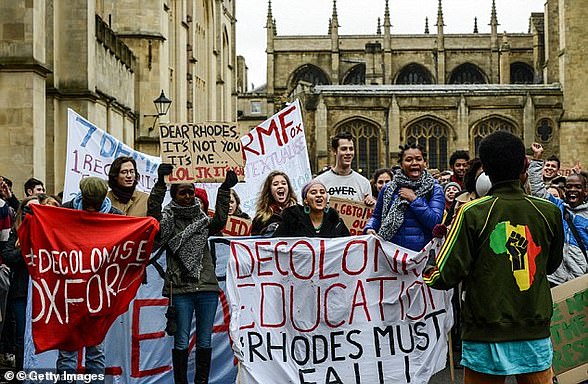 The union insisted the move was designed to ‘broaden the focus to include those who suffered and died wherever they were in the world’.

Last year, professor Nigel Biggar came under fire after he said society should take a more balanced view of the Empire rather than simply remembering it with shame.

He acknowledged ‘atrocities’ had occurred under colonial rule, but said it had also provided law and order in other countries that many citizens had valued.

But student campaigners at Oxford called his article ‘racist’ and claimed it ‘whitewashed’ the British Empire.